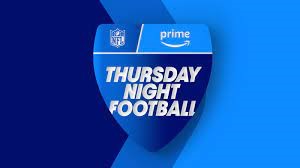 The NFL playoff picture is starting to become clearer as we approach the holiday season! Through 13 weeks, it’s no surprise to see the Eagles, Bills and Chiefs lead the pack, but there are a few teams that have outperformed expectations – Jets, Giants, and Commanders just to name a few. It wouldn’t be an NFL season without exciting storylines on and off the field, but things have not changed, as Tom Brady has dominated headlines from his offseason retirement saga to the recent divorce with ex-wife, Gisele Bündchen.

From a media perspective, a lot of people were eager to see the new Thursday Night Football product since Amazon purchased the rights and stream the game via Prime Video. Not everyone has access to the platform, so fans options were to either subscribe to Amazon Prime or not watch the games at all – which left media experts wondering if this would result in a decrease in viewership.

Compared to the 2021 season, Thursday Night Football average viewers are down 16% through week 8. The numbers look better compared to the 2020 season, with viewership growing 7%! Other linear TV partners, such as NBC, CBS, FOX and ESPN, saw consistent viewership year-over-year. Are NFL fans THAT passionate about the sports where they’d subscribe to Amazon Prime for the sole reason of watching games? The answer is yes, as Amazon experienced a record number of new Prime registrations the day of their first broadcast, more than on Prime Day, Black Friday and Cyber Monday.

Streaming still has a ways to go, as average viewership for Amazon Thursday Night Football in 2022 is roughly -40% lower than linear options, but there are other factors at play, such as the day of the week, game matchup etc. It will be interesting to see if the other broadcast partners take more of a streaming approach, or if the NFL expands to other streaming partners, such as Apple or YouTube.